Steal Her Back: What To Do If Your Ex Is Dating Someone New

We’ve all been there before… you’re minding your own business, struggling to get through the day without thinking about your ex girlfriend… and then out of the blue, you run into her at the supermarket. And she’s with a new guy.

Crossing paths can be frustrating enough, but if you see or hear about your ex with another man just a few days or weeks after you broke up, the pain can be almost unbearable. “How could she replace me so fast??” you wonder, thinking that your dreams of getting back together with this girl are now dashed forever.

Well, actually, you’re wrong. Just because your ex is already dating someone new doesn’t mean your chances of getting her back are dashed forever. On the contrary — this new guy could actually help you get back together with her. Allow me to explain.

Your Ex Girlfriend’s New Man Is Just A Rebound

This may not help alleviate your heartbreak after finding out your ex is seeing some new guy already, but the reality is her new boy-toy is just a rebound. The term “rebound” is definitely an appropriate one, because it basically means that she’s just using this person as a way of handling the breakup and her emotions that followed. 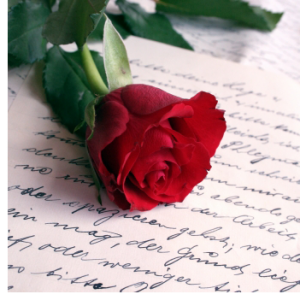 A rebound relationship, like the one your ex girlfriend is currently involved in, is not a ‘real’ relationship. It’s just a way for some people to deal with the pain and loneliness that accompany breakups. In rare cases the rebound may eventually turn into something more genuine, but that’s definitely an unlikely scenario. Most of the time, rebounds simply die away once they’ve “served their purpose” (to help your ex cope with the post-breakup blues).

Think about it: if finding a new lover was easy and took just a matter of days, there wouldn’t be very many single people out there. The reality is that most people aren’t compatible with one another, and it’s extremely likely that your ex girlfriend and this new guy aren’t right for one another. As a result, their relationship is a dead-end street and won’t last long.

Most rebound relationships last 3-5 weeks, and the few that survive longer typically tend to slowly die away after a month. The physical attraction between your ex and this guy may remain (sorry!), but that doesn’t mean they’re going to fall in love and live happily ever after. On the contrary, in fact… they’ll probably be done with one another in no time.

Using The Rebound To Shape Your Ex’s Feelings About You

So, we’re established that this new guy your ex girlfriend is dating is almost certainly just a rebound. And we’ve discussed the fact that the vast majority of rebound relationships only last 3-5 weeks, and then come to an abrupt halt. If your ex girlfriend’s rebound is like most, it’s less than a month away from ending.

When your ex does end up breaking up with her rebound partner, she’ll probably be almost as depressed as she was when she broke up with you. In fact, sometimes the end end of a rebound can be even worse than the initial breakup it was intended to cover up.

Why? Well, it’s simple really… your ex girlfriend was sad and lonely, so she tried to replace you with this new guy. When she realized that this new guy wasn’t the man for her, she is now sad and lonely again… only this time, she’s also discovered that finding true love and a meaningful relationship is not very easy. This new guy wasn’t right, so how many men will she have to date before she finds someone who is compatible? 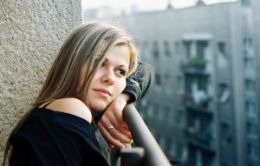 This is where you can probably start to see why your ex girlfriend’s rebound relationship is actually good news for you and your chances of getting back together with your ex. Because she’s now sad and lonely and her rebound has ended, she’s vulnerable… and having been through a superficial and meaningless relationship with a new guy already, she’s probably starting to have doubts about whether she should’ve broken up with you in the first place.

“Crap, that guy I was dating as a rebound sure was a boring loser,” she’ll think to herself after the rebound ends, “I wonder if my ex boyfriend  was actually the right guy for me… after all, we were happy most of the time we were together, and he was way better for me than Mr Rebound!”

Because your ex girlfriend is having these second thoughts and doubting her decision to end the relationship with you, you’re in a perfect position to re-establish communication. Your mission at this point should be slowly but surely shift your ex girlfriend’s image of you — the one residing at the back of her mind that pops up when she hears your name — into something positive and desirable.

By taking advantage of the fact that you suddenly look like a great option in contrast to the loser she was dating as a rebound, you can make yourself look like a much more desirable, logical choice for your ex girlfriend. Remember: at this point she’s still coping with your breakup and feeling heartbroken, so getting back together with you is one way she can dull the pain she’s feeling.

Like I said, your goal is to paint yourself in stark contrast to this guy your ex dated as a rebound. You need her to think that you’re smart, funny, and sexy while this rebound dude was a boring loser. (Obviously that’s a bit extreme and won’t be totally possible, but you definitely want to make sure that she sees you as being a better choice than her rebound man.)

How can you improve her image of you? Well, that’s another topic that needs significantly more time and space than is available in this article. For more in-depth advice on shifting your ex girlfriend’s image of you, I suggest you consider investing in a top-notch guide to getting your ex back.  My favorite guidebook is “The Ex Factor Guide”, by dating guru Brad Browning… in his e-book, he goes through some of the fundamentals of female psychology and the tactics you can use to shift her mental image of you without even realizing it.  Read my review of Brad Browning’s program by clicking here.

As I mentioned, this article isn’t going to give an in-depth look at how you can use your ex’s rebound to shift her image of you… but one important aspect I should mention is that of communication. 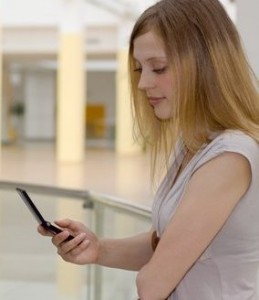 You may be tempted, upon learning that she’s broken up with her rebound guy, to pick up the phone and tell her you want her back, hoping that she’ll say yes. Unless you’ve done the work I mentioned above to shift her perception and image of you (see this video to learn more about how to do this) then you’ll just fail miserably using this tactic.

You need to re-initiate contact slowly, beginning by sending either subtle text messages that offer no clues about your intentions or by calling and asking simple non-threatening questions that have absolutely no connection with your relationship and romantic interests in getting back together.

(If your ex girlfriend is one of those ladies who love texting, you’ll definitely want to check out my review of Michael Fiore’s e-book called “Text Your Ex Back”. You can send the texts Michael gives you in his book word-for-word to your ex and almost be guaranteed of receiving the desired response.)

Again, I’ll have to stress that re-starting communication with your ex should be done slowly and carefully. You should work first on re-building her image of you — by displaying Strong Signals and building your ‘perceived value’ — and then work on seducing her again, starting from scratch. The entire process should be done without her ever realizing that you want to get back together with her.

If you need step-by-step instructions on how to send Strong Signals and make your ex girlfriend see you in a new light, consider investing in The Ex Factor Guide, which will give you a complete walk-through on the process of re-seducing your ex and building a healthier future together.

In conclusion: don’t despair just because your ex has found someone new. Instead, use the new guy as a springboard to re-attract your ex and keep her for good.