If you’ve recently broken up with your girlfriend and want to win her back, then a little bit of jealousy can be a good thing.  This article will outline a few methods you can use to make your ex girlfriend jealous.

Be careful, however, not to make your attempts to incite jealousy too obvious… if your ex finds out you’re deliberately trying to make her jealous, it could actually end up having the opposite result!

Without further ado, here are the 3 sure-fire ways to make your ex girlfriend jealous… 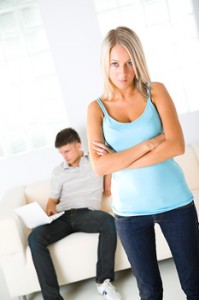 I’m sure you’ve read other articles from “relationship gurus” explaining why it’s a good idea to cut off all lines of communication with your ex girlfriend.  The goal of this “no contact” period is to give your ex girlfriend time to reconsider her decision and forget the negative aspects of your relationship.

What’s often overlooked, however, is the power of the “no contact” phase in creating jealousy.  When your ex girlfriend doesn’t hear from you – especially over a period of several weeks – it’s only natural for her mind to wander and begin to think about what you might be doing with other women.  “If he’s not contacting me at all,” she’ll ask herself, “does he not care about me? Has he already found someone new?!”

The real beauty of the “no contact” phase and the way it creates jealous is that you don’t have to do any work at all!  You simply sit back and wait while your ex girlfriend’s subconscious mind begins to doubt, worry, and wonder. Even if you haven’t thought about or spoken to another woman since breaking up with your ex, she’ll still be wondering if you’ve moved on… and she’ll begin to get a bit jealous.

If you’re not totally familiar with the “no contact” period and why / how long you should be employing this technique, you should watch this free video ASAP.  It explains 3 important facts about the no-contact phase and gives other tips on winning back your ex.

2.  “See and Be Seen” by Your Ex Girlfriend’s Social Group

One of the best ways to make your ex girlfriend jealous is to go on a social binge.  Try to be involved in as many social engagements as possible, and make your presence as visible as possible. 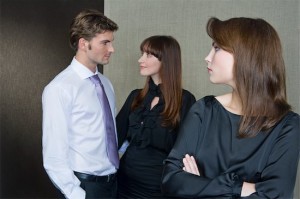 For example, if you hear about a party being thrown by a mutual friend (someone you and your ex both know & speak with regularly), make sure you stop by at the height of the party. You won’t be there with your ex girlfriend, obviously, and it’s probably better to go when she’s not there… but you should definitely show up at these sorts of social events & make sure that you’re seen being social by your ex’s friends.

In the weeks after a breakup, don’t say “no thanks” when invited to any sort of social gathering.  You need to make it plainly obvious to your ex girlfriend (without telling her outright, obviously) that your social life is better than ever even though the two of you are no longer a couple.

This active social life is almost guaranteed to make your ex girlfriend jealous, and will also help to re-shape her mental image of you as a ‘high-value’ socialite, which will also help in your attempts to win her back..

Social networks, such as Facebook and Twitter, can be hugely helpful in your quest to win back your ex girlfriend.  In some cases, you can use them to make your ex jealous, too.

How can you leverage Facebook and other social media to make your ex girlfriend ridiculously jealous?  Well, assuming you still have your ex as a “friend” on Facebook, then you can leak a few details of your social life to her with status updates and photos.

One way to do so is to post a status update that subtly hints you’re out with a girl:  “At the Yankees game with Jessica!  A-Rod just hit a homer, and we almost caught the ball!”  (This works best if you and Jessica were actually doing whatever you say in your status, but sometimes you can fake it as long as you’re sure no-one will know!)

Another way to do this is to add photos of you with other girls having a good time.  You don’t want to go overboard and create a photo album dedicated to pictures of you making out with some random girl at a party, but you do want to make sure you add a couple of photos that might make your ex girlfriend jealous… a photo of you with your arm around an attractive girl, for example.

One of my favorite “get your ex-back” how-to guides has an entire chapter dedicated to using social media to incite jealousy and make your ex girlfriend think twice about her decision to break up with you… click here to check out that e-book and get access to the tips and advice on using Facebook to win her back.

This may seem fairly obvious, but the reality is most men think that getting their ex girlfriend back means they can’t go on dates with other women during the process. The opposite is actually true – dating other women while trying to get your ex back is actually a very effective means of building both jealousy and perceived value.

Why? Well, keep in mind that women are biologically hard-wired to prefer men who are actively pursed and involved with other girls. This is called pre-selection and essentially it means that, if all other aspects are identical, a women will be more attracted to a married man than a single one. The reason is simple: if another girl is interested in you, then your ex girlfriend will subconsciously assume that you are a high-value man because you’ve been selected as a mate by this other woman.

Science aside, this means that your ex girlfriend is more likely to doubt her decision to breakup with you if you’re seeing other girls. Dating other women doesn’t limit your options, either — any rebound relationship you jump into after your breakup won’t be anything meaningful and serious, so you can jump ship if your ex girlfriend asks you to get back together.

Be Careful When Trying To Make Your Ex Girlfriend Jealous

Now, again, it’s easy to go over the top with your attempts to incite jealousy in your ex girlfriend, so whichever method you choose to employ, be careful!  Don’t get caught, or it may forever damage your hopes of winning back your ex.

To learn about four more critical mistakes that most men make trying to win back their ex girlfriends, click here to sign up for the “4 Deadly Mistakes” PDF report… it will help you stay clear of these common pitfalls and, eventually, win back your ex for good.